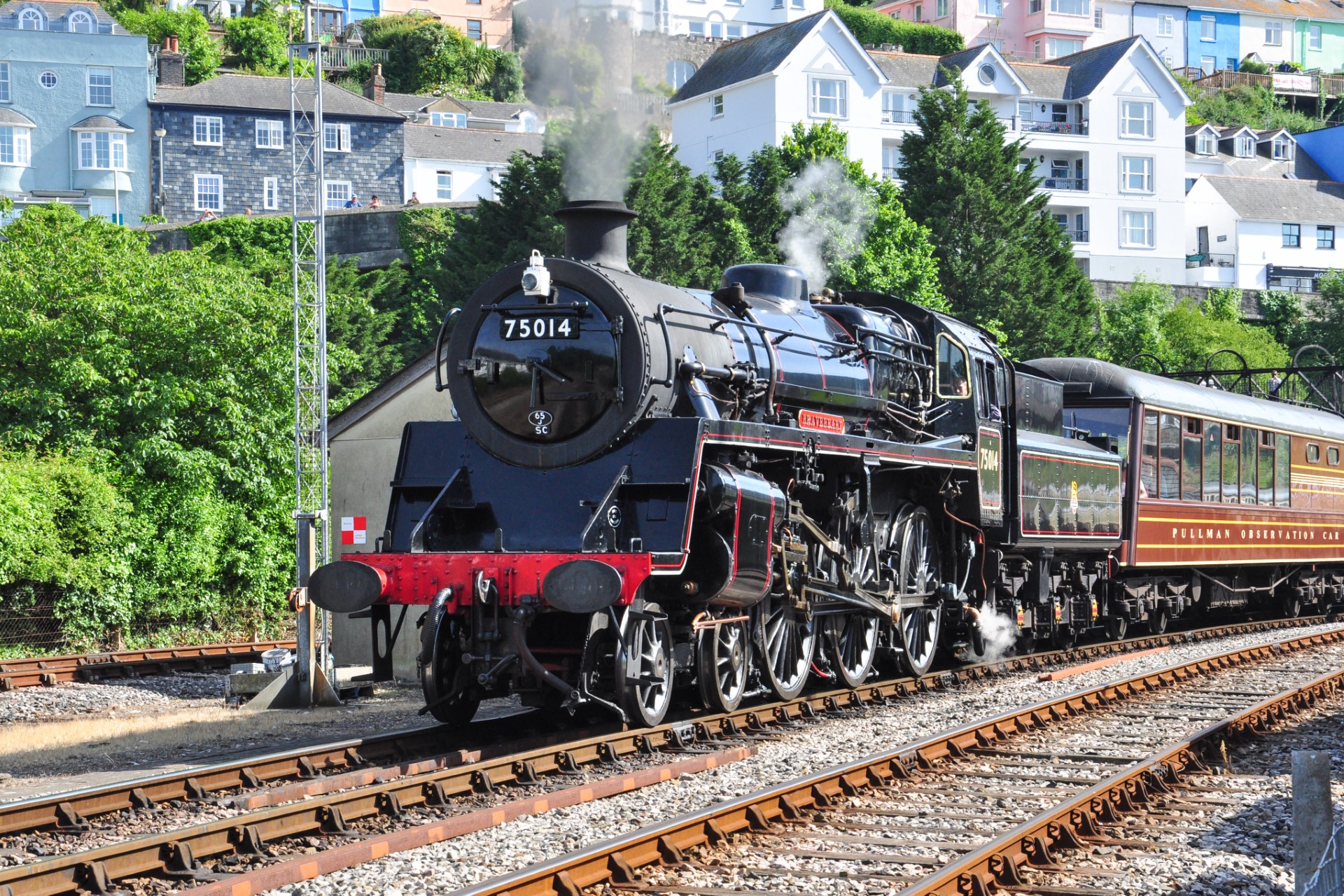 HomeGuidesDartmouthThings to do near Dartmouth

What Are the Most Popular Things to Do in Dartmouth?

Dartmouth’s bustling harbour and historic streets are a hotspot for family holidays, getaways with loved ones and reuniting with friends. With golden sands, attractions and eateries close to home, find something for everyone and things to keep you entertained come rain or shine.

With a trio of coves close to the centre of town, Castle Cove, Sugary Cove and Compass Cove are perfect spots for an invigorating wild swim in crystal clear waters. Feel refreshed and rejuvenated after immersing yourself in the big blue and keep your eyes peeled for marine life as you float, paddle and dive. Take care when descending to these coves as they are reached via steep steps which only add to the adventure but must be treated with caution.

Some of Dartmouth’s beaches boast perfect conditions for water sports including kayaking, stand up paddleboarding and surfing. Hire equipment or bring your own and make a splash in the sea for a fun-filled day and a different perspective of the gorgeous coastline. BIackpool Sands Beach has kayak and paddleboard hire on the beach making it a great destination to dive on in.

If you fancy exploring on foot, follow the 6km-long Diamond Jubilee Trail or the South West Coast Path which winds its way for 630 miles between Poole and Minehead. Take to the well-trodden coastal trail and take in the spectacular ocean views and vistas which reach over dramatic headlands and rugged cliffs. Almost 12 miles away is one of the most exposed peninsulas on the English Coast, Start Point, where you’ll see the majestic Start Point Lighthouse standing tall above the glittering ocean and awe-inspiring cliffs. Book on a tour of the lighthouse and bring your four-legged friend along too, and if you don’t fancy the hike from Dartmouth, there is a car park so you can hop in the car and enjoy a shorter walk along this breathtaking stretch of coastline. For easier waterside wanders close to home, there are an array of loops which take in the spectacular South West Coast Path which you can discover here.

A 45-minute drive from Dartmouth, Berry Head National Nature Reserve is a great spot for filling your days with walks. Surrounded by water on three sides, the area is not only a National Nature Reserve, but is also a Special Area of Conservation, Site of Special Scientific Interest and Scheduled Ancient Monument with its colony of guillemots protected by the only Area of Special Protection in the UK. Fuel your adventures in the café before visiting the visitor centre and heading out on foot to explore over 170 acres of land dotted with wildlife, history and spectacular scenery. Dogs are welcomed though may need to be kept on leads in certain areas, and there is disabled access with two mobility scooters available to hire in advance.

When you’re wandering the pretty streets of Dartmouth, you’ll notice interesting architecture, buildings dating back to the 16th century, and castles and forts which dot the waterline. The town is known for its nautical and engineering importance and for its links to Agatha Christie. Hop on a guided history tour to discover tales of years gone by, or plan your own day out and visit some of the places listed below.

Hugging the water’s edge, Dartmouth Castle is a must-visit destination for lovers of history and is perfect for rainy family days out. John Hawley began building the defences in 1388 and for over 600 years, the castle has guarded the entrance to the Dart Estuary and the port of Dartmouth. After the initial build, a gun tower was added and in addition to boasting terrific views, it’s likely to have been the first purpose-built coastal artillery fort in Britain. Arrive to the castle on foot to uncover its fascinating tales, or board the passenger ferry from Dartmouth Harbour and marvel at the beautiful building from the water before hopping off onto dry land to explore. After your visit, enjoy tasty treats in the tearoom.

Another building built to protect Dartmouth is Bayard’s Cove Fort which also sits near the water’s edge. Dating back to the early 16th century, the fort was built as a second line of defence in the event of the enemy making it past Dartmouth Castle. Standing next to the entrance of Dartmouth Harbour, enjoy a walk past the fort and imagine it in years gone by, waiting to protect the town from attack.

Berry Head National Nature Reserve, a 45-minute drive from Dartmouth, is not only a great place for a walk, but is also steeped in interesting history. Make the journey and pop into the visitor centre before roaming the land and seeing if you can spot the two garrisoned forts built to protect Brixham from the French Invasion.

Take in the tales of the town and follow the Mayflower Heritage Trail which tells the story of the Pilgrims’ voyage. Consisting of three sections, start with The Town Trail before winding your way around The Packhorse Trail and The Castle Trail.

In addition to the destinations mentioned above, there are many more places to visit if you’re interested in the history and heritage of Dartmouth. Plan your days and include stops at Coleton Fishacre House and Garden, The Newcomen Engine, Greenway House, and the gorgeous churches of St Saviour, St Petrox, and St Clements.

Explore By Boat and Rail

For a different perspective of the coastline surrounding Dartmouth, find your sea legs and enjoy a river cruise. Head further afield and join Nomad Marine, keeping your eyes peeled for dolphins, seals and sea birds as you whizz your way along the coast past Start Point, Salcombe, Hallsands or Berry Head in a RIB. Or, if you feel like being captain of your own boat, hire boats from Dartmouth Boat Hire Centre and take to the water with friends and family.

Stay dry and spend your day riding the Dartmouth Steam Railway which welcomes your four-legged friend too so you can bring everyone along for a fabulous day out.

Dartmouth is home to a handful of vibrant annual festivals where the town comes to life and celebrates together. Keep an eye on this page to see whether your trip coincides with any local events including the Royal Regatta, Food Festival and the nearby Agatha Christie Festival. There are events for everyone to enjoy throughout the year, whether you’re holidaying as a couple, with little ones or with your four-pawed pal.