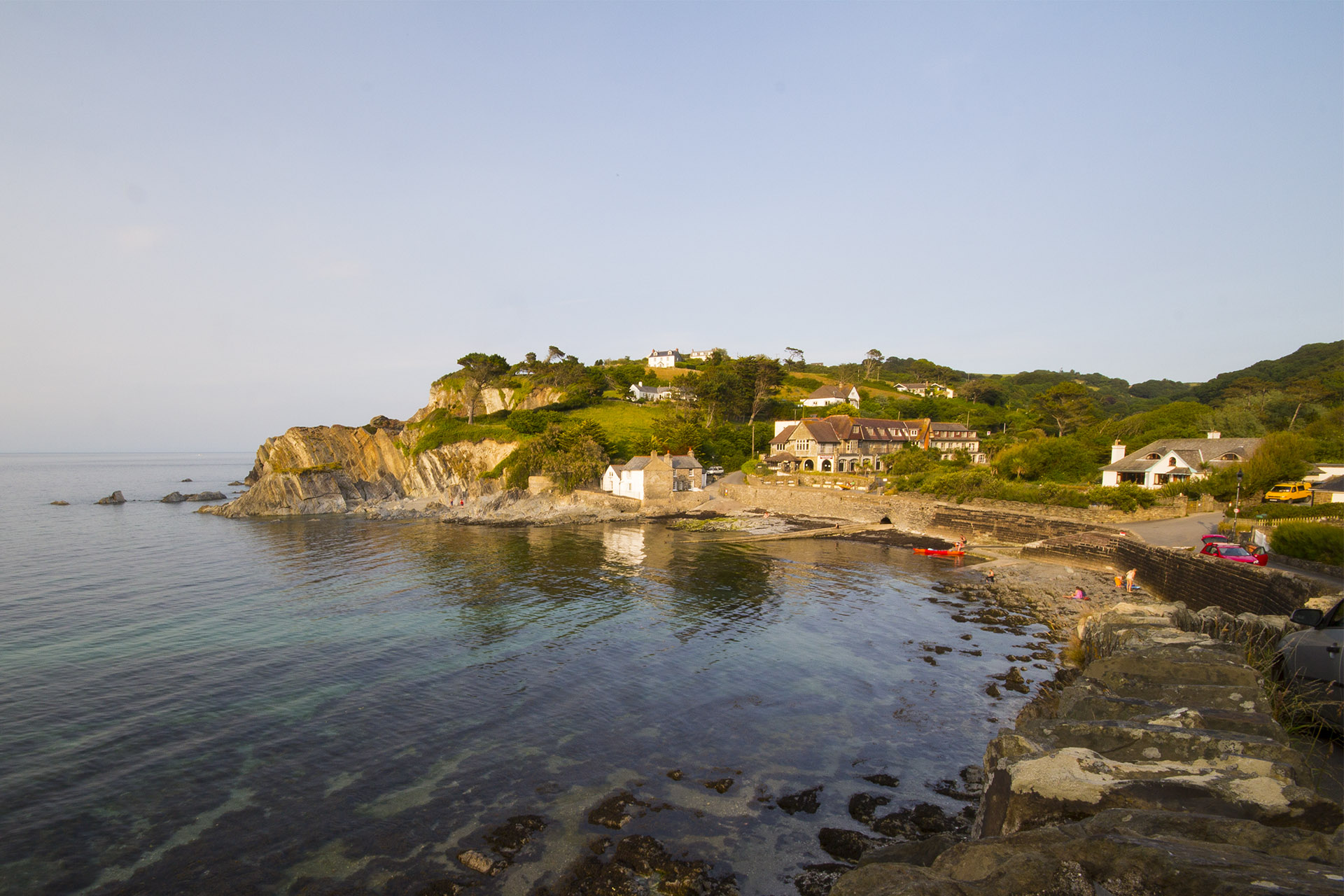 Thank you! Your submission has been received!
Oops! Something went wrong while submitting the form.
HomeGuidesLee Bay

Lee Bay is a small village between Woolacombe and Ilfracombe, on the North Devon coast. It lies in a deep, wooded combe, known locally as Fuchsia Valley thanks to the scarlet flowers which burst into life every spring. A stroll from the village through a field brings you to a craggy cove, where low tide reveals rockpools and stretches of sand. The village itself consists of a scattering of old, stone cottages, a neo-Gothic parish church, the Old School Room craft gallery and a friendly pub.

What Can We Do in Lee Bay?

All About Lee Bay

From Lee Bay, the
Southwest Coast Path heads east and west along a particularly rugged stretch of
coast, where many ships have wrecked and smugglers once hauled their contraband
ashore. A series of footpaths also head inland from the village, following
gentle streams into thick woods, where deer are often spotted. The coast and
countryside surrounding Lee Bay is some of North Devon’s most idyllic, with
rolling hills, tranquil pastureland and vast, sandy bays, backed by dunes. The
Victorian resort of Ilfracombe is just to the village’s east, and a few miles
further, Exmoor National Park is a captivating expanse of windswept moors,
where wild ponies roam. Holidays in Lee Bay give visitors with the chance to
unwind by the ocean, in a quiet haven, well away from busy roads or large
developments. Thanks to the lack of light pollution, the starry night skies are
breathtaking, and the only sounds you are likely to hear at night are the
trickling of a nearby stream or the distant roar of the ocean.

In the heart of Lee Bay, the Grampus is a welcoming pub with
a lovely garden. It serves good food and local cider, as well as brewing its
own ales and hosting regular live music sessions. The village is roughly 350
metres from the coast, so you can walk to the beach for a swim or picnic, or to
join the Southwest Coast Path. Heading westward, you will pass the lighthouse
at Bull Point before reaching Morte Point and the village of Mortehoe, perched
on a clifftop overlooking Woolacombe’s sandy bay. Heading east from Lee Bay,
you will walk over soaring clifftops with uninterrupted views of the Atlantic,
where seals and dolphins are often spotted. You will soon reach Ilfracombe, a
lively resort with a working harbour, art galleries, cafes, restaurants and a
striking sculpture by Damien Hirst overlooking the waves. There’s plenty to see
in Ilfracombe, including the Tunnels Beaches, an excellent aquarium, a cinema,
a theatre and a variety of nostalgic seaside amusements.

Lee Bay is a stone’s throw from the renowned surf spots of
Woolacombe, Croyde and Saunton. All three have excellent conditions for
beginners, and a number of surf shops and schools offer equipment to hire, and
lessons if you need a little guidance to catch your first wave. A holiday in Lee
Bay would be incomplete without a trip to Exmoor National Park, a short drive
from the village. The park is a paradise for walking and wildlife-watching,
with unspoiled moors, woods and pastures, and a dramatic, rocky coastline. The
twin villages of Lynton and Lynmouth cling to the sides of a steep, wooded
valley, overlooking a pebble bay and harbour. There is a Victorian cliff
railway, antique shops and a handful of charming places to eat and drink. 15
miles south of Lee Bay, the market town of Barnstaple sits on the banks of the
River Taw, with a historic pannier market, Butchers Row and a variety of
independent businesses to explore.

The main industries in the rural area of North Devon
surrounding Lee Bay have traditionally been agriculture and fishing. In the
Victorian era, neigbouring Ilfracombe became a popular resort and the number of
locals working in tourism rose. Of 64 parishioners who fought in the First
World War, 16 died, and in July 1921, a war memorial was unveiled outside the
church by Charles Derbyshire.

The construction of Lee Bay’s parish church began in 1833,
and it remains an important landmark in the heart of the village. On September
21, 1835, the church was dedicated and consecrated by the Bishop of Exeter. It
is a fine example of a small, early Victorian church in the neo-Gothic style,
and is estimated to have cost £300 to build. The woodwork inside, including the
pulpit and carved choir gallery, is considerably older than the church itself.
Much of it is believed to date back to the 16th and 17th centuries, and to have
been collected from old buildings in the area.

Lee’s Memorial Hall stands opposite the church and is
considered one of the finest in the area. The foundation stone was laid in 1923
and inside, there is an inscription dedicated to those who fought in the war.
The hall has served a variety of functions over the years and remains a focal
point for social life in the village.

During the 18th and 19 centuries, smuggling was rife along
the North Devon coast, and there are records of contraband having been landed
at Lee, including hundreds of gallons of rum, gin and Portuguese red wine.

How Do You Get to Lee Bay?

To get to Lee Bay using public transport, take a train or
coach to Barnstaple, then take a local bus or taxi to the village. Direct
coaches run regularly from London to Barnstaple. Change in Exeter if you are
travelling by train.

To drive to Lee Bay from the east or south, follow the M5
and take the exit onto the A361 for Tiverton and Barnstaple. Continue on the
A361 through Braunton, take the first exit at Mullacott Cross, drive towards
Woolacombe and take a right signposted for Lee. Alternatively, follow the
scenic A39 through Exmoor National Park and turn right onto the A399 at
Blackmoor Gate. This is a slower route but avoids Barnstaple, where traffic can
be heavy during rush hour. Travellers from the south should follow the A39,
A386 or A377 to Barnstaple and follow the above directions from Barnstaple.

Lee Bay’s nearest airport is Exeter, approximately 90
minutes by car, with routes to cities across Europe. Bristol Airport is a
two-and-a-half-hour drive away, with a greater range of routes. London can be
reached in roughly four hours. Travellers from Europe can also take the ferry
from North Spain or France to Plymouth or Poole, which are roughly two and
three hours from Lee Bay respectively.

Walkers on the Southwest Coast Path will pass through
Ilfracombe shortly before arriving in Lee Bay. Those walking from the south
will reach Woolacombe and the village of Mortehoe before embarking on a
particularly hilly stretch to Lee Bay. There is also a path from near the
Fortescue pub, at the top of Woolacombe, to Lee Bay via Lee Farm Camping and
the wooded valley descending to the coast.