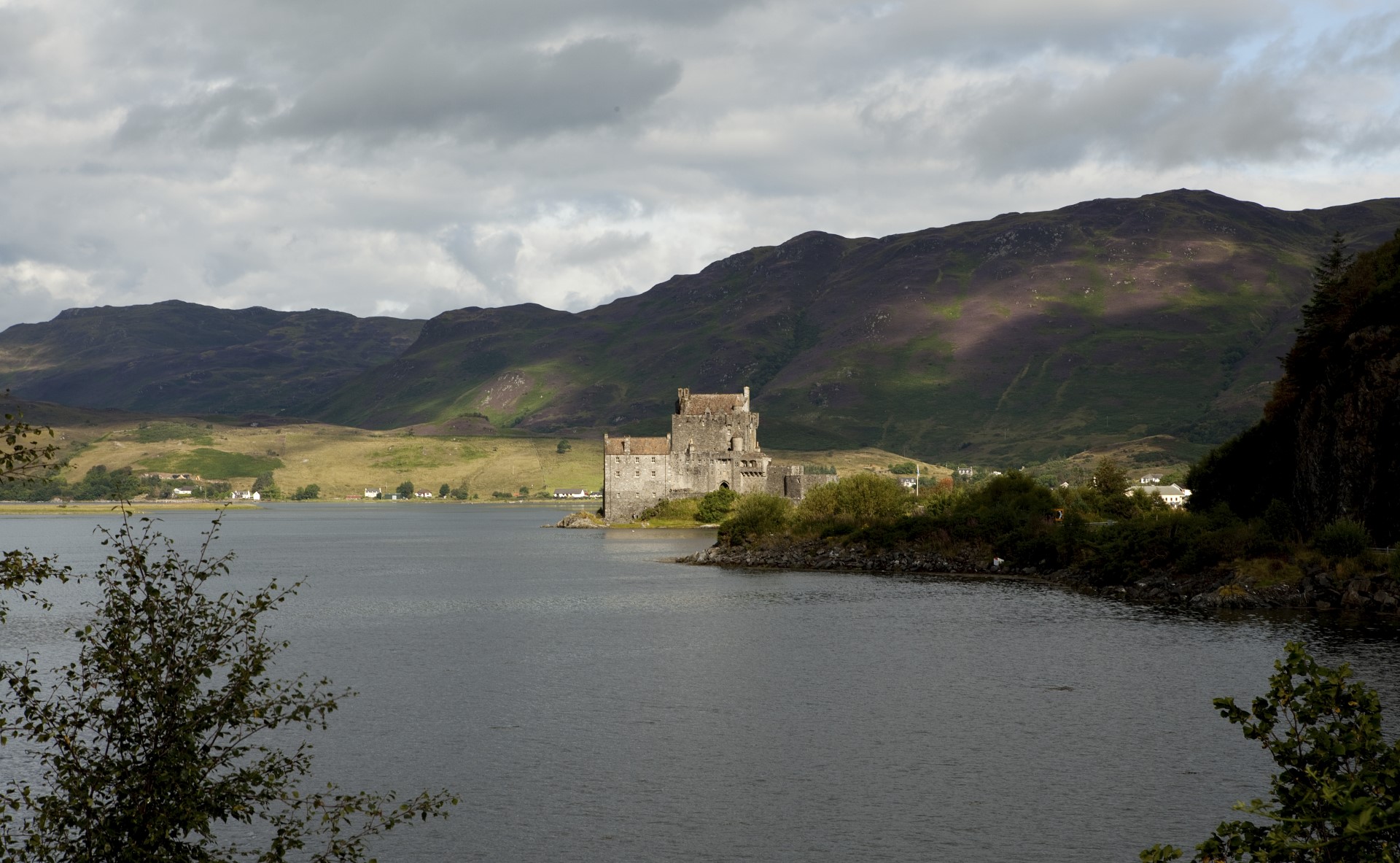 Thank you! Your submission has been received!
Oops! Something went wrong while submitting the form.
HomeGuidesKyle of Lochlash

Sitting on the northwest coast of Scotland lies the small village of Kyle of Lochalsh. Before the Skye bridge was built, Kyle was well known for the traffic waiting to board the ferries. Today, the village has become somewhere worth visiting in its own right. Home to a busy harbour and marina, white washed buildings offering a range of shops, a couple of banks and small supermarkets, as well as a railway station, with regular services to and from Inverness.

However, the main attractions for the local area are without a doubt the imposing castles, lochs, mountains and moors. The Eilean Donan Castle is one of the area's most famous landmarks, and a highlight for many visitors to this part of the Highland. Around the village, you’ll find many hiking opportunities, and boat trips can be taken where you can look out for eagles, seals, otters and dolphins.

Read on to find some more information to help you plan your next trip away to the Kyle of Lochalsh.

What Makes Kyle of Lochalsh Special?

What Can We Do in Kyle of Lochalsh?

All About Kyle of Lochalsh

A short walk from the village centre, Eilean Donan Castle is the area’s most famous landmark. Founded in the 13th century, it became a stronghold of the Clan Mackenzie and their allies in the Clan MacRae. In the early 18th century, the MacKenzie's activity in the Jacobite rebellions led to the castle's destruction by government ships in 1719. It was restored between 1919 and 1932, incorporating a war memorial dedicated to the members of the MacRae clan who died in the First World War.

Walkers will find plenty of hiking opportunities in and around the village. One of the most popular trails is the walk to the Falls of Glomach, a 370ft waterfall which can be reached by an eight-kilometre trek through the rugged Scottish countryside. The area is also one of Scotland’s best wildlife-watching destinations. Boat trips run from the village offering visitors the chance to see otters, seals, porpoises and seabirds, including sea eagles.

North of the Kyle of Lochalsh is the quaint village of Plockton, on the shores of Loch Carron. Sheltered from the winds, Plockton is home to New Zealand cabbage palm trees, giving it a sub-tropical appearance. It has featured in various films and TV series, including The Wicker Man and Inspector Alleyn Mysteries. There is a general store, cafe, craft shop and three pubs, and the village is accessible on the Kyle of Lochalsh railway line.

Crossing the Skye Bridge provides breathtaking views of the island’s mountains, lochs and ruins. Less than an hour's drive from Kyle of Lochalsh, one of Scotland’s most iconic whisky distilleries, Talisker, is located in the village of Carbost. As well as visiting the distillery and sampling one of Scotland's finest drams, visitors can enjoy local ales and great food at the village’s Old Inn. Less than an hour from Kyle of Lochalsh, in the north of Skye, Portree is the island’s largest town, where colourfully painted buildings line the waterfront, with pubs, independent shops and restaurants. Boat trips run from the harbour, offering visitors the chance to catch a glimpse of sea eagles, golden eagles, seals and whales.

A one-and-a-half-hour drive north of Kyle of Lochalsh is the road to Applecross – considered one of Scotland’s spectacular areas. The drive to the Applecross Peninsula is long and winding, but offers beautiful views over the surrounding countryside. It is home to just 200 people, and only accessible via two roads, one of which is the famous Bealach pass road. Made up of crofting communities, the peninsula has a delightful pub, the Applecross Inn, on the water’s edge. The pub serves traditional Scottish food and local ales and has a picturesque beer garden to watch the sunset. Applecross Photographic Gallery features stunning photographs of the region, while the Croft Wools and Weavers shop sells souvenirs or handmade gifts.

Before 1995, visitors to the area wishing to visit the neighbouring Isle of Skye had to catch a ferry from the slipway below the Lochalsh Hotel. Vehicles were carried across Kyle Akin – the strip of water separating Skye from mainland Scotland. However, life was made simpler for locals and tourists when the Skye Bridge opened. People no longer had to queue for the ferry along the A87, and the building of a new road from the heart of Kyle to the bridge has made previously isolated areas more accessible.

It is believed there was a settlement at Kyle of Lochalsh before the 1600s, though it wasn't until much later that the village was formed. In 1819, the road from Inverness was built and a ferry service was launched from Lochcarron to Stromeferry, through to Plockton, slightly further north on the peninsula. It was natural that Kyle of Lochalsh eventually became the main ferry terminus for Skye. When in 1897 the Highland Railway from Inverness reached the village, it also took over as the main ferry terminus to Stornoway on the Isle of Lewis.

How do you get to Kyle of Lochalsh?

The village has its own railway station, with links to other towns and villages including Plockton. It is a two-and-a-half-hour direct train journey to Inverness. There is an airport at Inverness with routes to cities across the UK. For visitors driving from the south, follow the A82 from Glasgow through Glencoe and on to Fort William, before joining the A87 north to Kyle of Lochalsh. Those driving from Edinburgh can head north on the A9 towards the Cairngorms National Park and join the A82 going west.

Some of our favourite Cottages in Kyle of Lochalsh 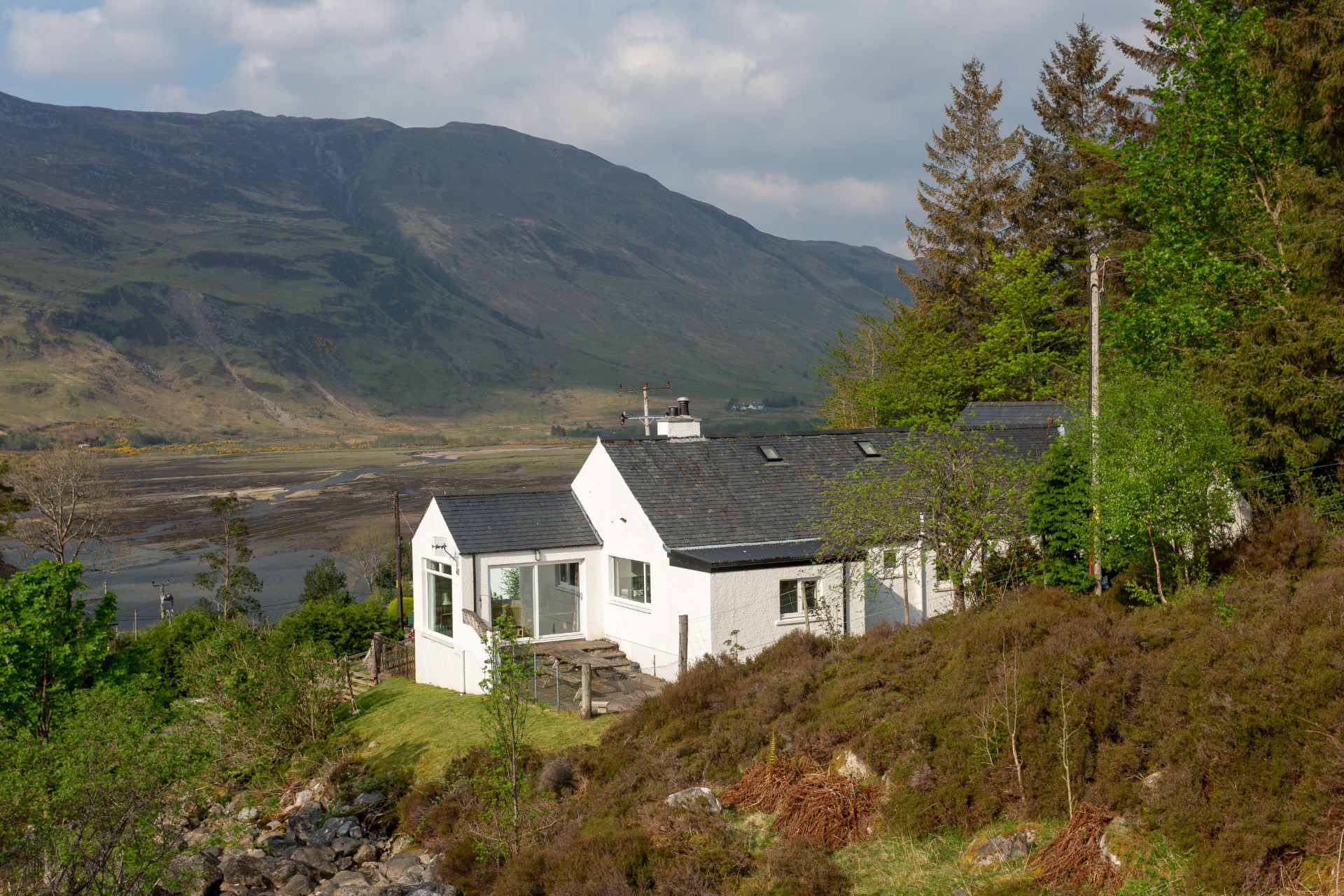