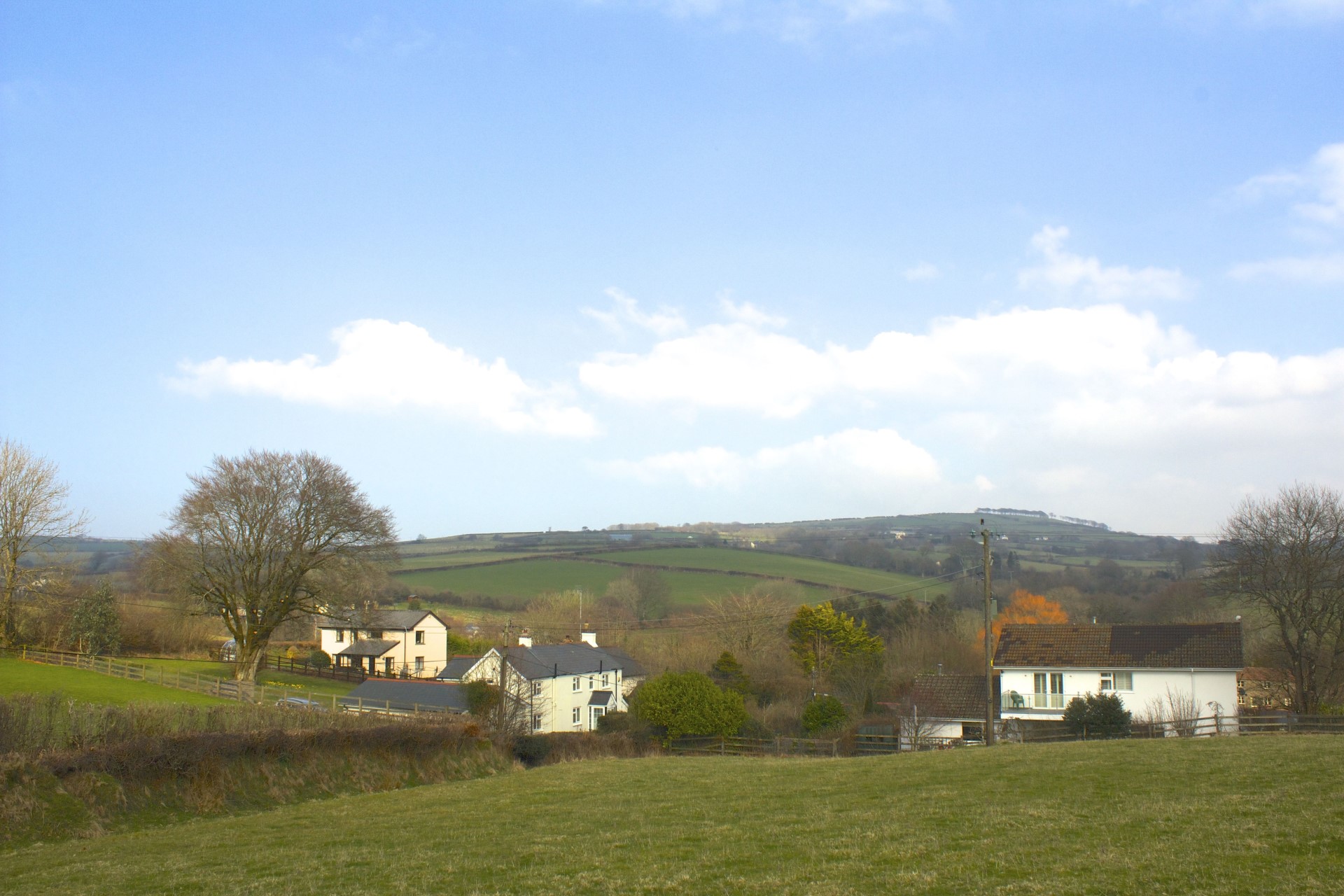 Thank you! Your submission has been received!
Oops! Something went wrong while submitting the form.
HomeGuidesKentisbury

Kentisbury is a rural parish in North Devon, bordering Exmoor National Park. Consisting of three quaint hamlets, Patchole, Kentisbury Ford and Kentisbury, it lies 10 miles north east of the picturesque market town of Barnstaple. Kentisbury has a population of just 300, and is famous for the luxury boutique hotel and restaurant, Kentisbury Grange. The award-winning Coach House restaurant, led by acclaimed chef Michael Caines, is set within the grand hotel, in the rolling countryside. It specialises in fine dining, creating seasonal menus using fresh, local ingredients.

What Can We Do in Kentisbury?

Kentisbury sits on the edge of Exmoor National Park, one of two national parks in Devon. Established in 1954, Exmoor covers 267 square miles, ranging from dense woodland and deep valleys to dramatic coves and beaches. Among Exmoor's largest settlements are Lynton and Lynmouth, a 20-minute drive from Kentisbury, Porlock, a 45-minute drive away on the fringes of the Somerset border, and Dulverton, also a 45-minute drive away. Exmoor's wild landscapes and abundance of wildlife, including red deer, wild ponies and birds of prey, make it one of the best holiday destinations in the UK for nature enthusiasts.

Just a 10-minute drive west of Kentisbury, Combe Martin Wildlife and Dinosaur Park is a charming family attraction, with an incredible variety of animals, including lemurs, lions, sea lions and wallabies, and is perfect for a family day out in North Devon. Combe Martin is also a delightful village to while away a sunny afternoon in, with beaches and caves to explore, and a number of traditional pubs. A 10-minute drive in the opposite direction leads to Exmoor Zoo, another family-friendly attraction with meerkats, wolves and rare birds.

South of Kentisbury, Arlington Court is an opulent National Trust estate. Held by the Chichester family for more than 500 years, it is home to historical treasures collected over several generations. The main house, dating back to 1823, is open to the public, alongside the beautiful gardens. The Carriage Museum in the stables holds several vehicles, including state coaches and gilded carriages with more than 300 years of history. Arlington Court is a three-mile drive from Kentisbury. There is a tearoom with homemade cakes, soups and light lunches.

South of Kentisbury, Barnstaple is a pretty market town with independent shops, cafes and restaurants. Set on the River Taw, it is believed to be one of the oldest boroughs in the United Kingdom. Many medieval buildings are dotted throughout the town, dating back to the 14th century when the town was licensed to export wool. The remnants of an 11th century castle sit beside the town's library, and the 13th century parish church, St Peter's Church, is in the centre, just off the high street. Barnstaple's Victorian market is still operating today, with general goods, crafts and collectibles on Mondays, general goods and local produce on Tuesdays, antiques and collectibles on Wednesdays, general goods and crafts on Thursdays, goods and local produce on Fridays and Saturdays. Every 2nd Sunday of the month, the Pannier Market hosts a Real Food Market, showcasing artisan food producers from across the South West.

During the summer, Kentisbury is a great base for exploring the North Devon coast. Popular beaches such as Woolacombe (which was awarded the title of Britain's Best Beach by TripAdvisor in 2015) and Croyde are a short drive or bus journey away, with golden sand, sheltered areas for swimming, and surfing. To escape the crowds on a hot day, the seaside village of Lee is a 25-minute drive away. A deep, wooded valley gives way to a beautiful rocky cove, great for rock-pooling and swimming. The village’s pub, The Grampus Inn, offers local ales and ciders, and delicious light lunches.

There is evidence of an Iron Age enclosure on Kentisbury Down, and the community is referenced in the Domesday Book, which was produced in 1086. Many decades ago, the Lynton & Barnstaple Railway line used to run near to Kentisbury, however it closed in 1935. In place of the former Station House is a pub, the Old Station House Inn. Visitors hoping to learn more about the railway can visit Woody Bay Station, which offers journeys on a short, restored section of the line. Woody Bay Station is a 15-minute drive from Kentisbury.

How do you get to Kentisbury?

Some of our favourite Cottages in Kentisbury 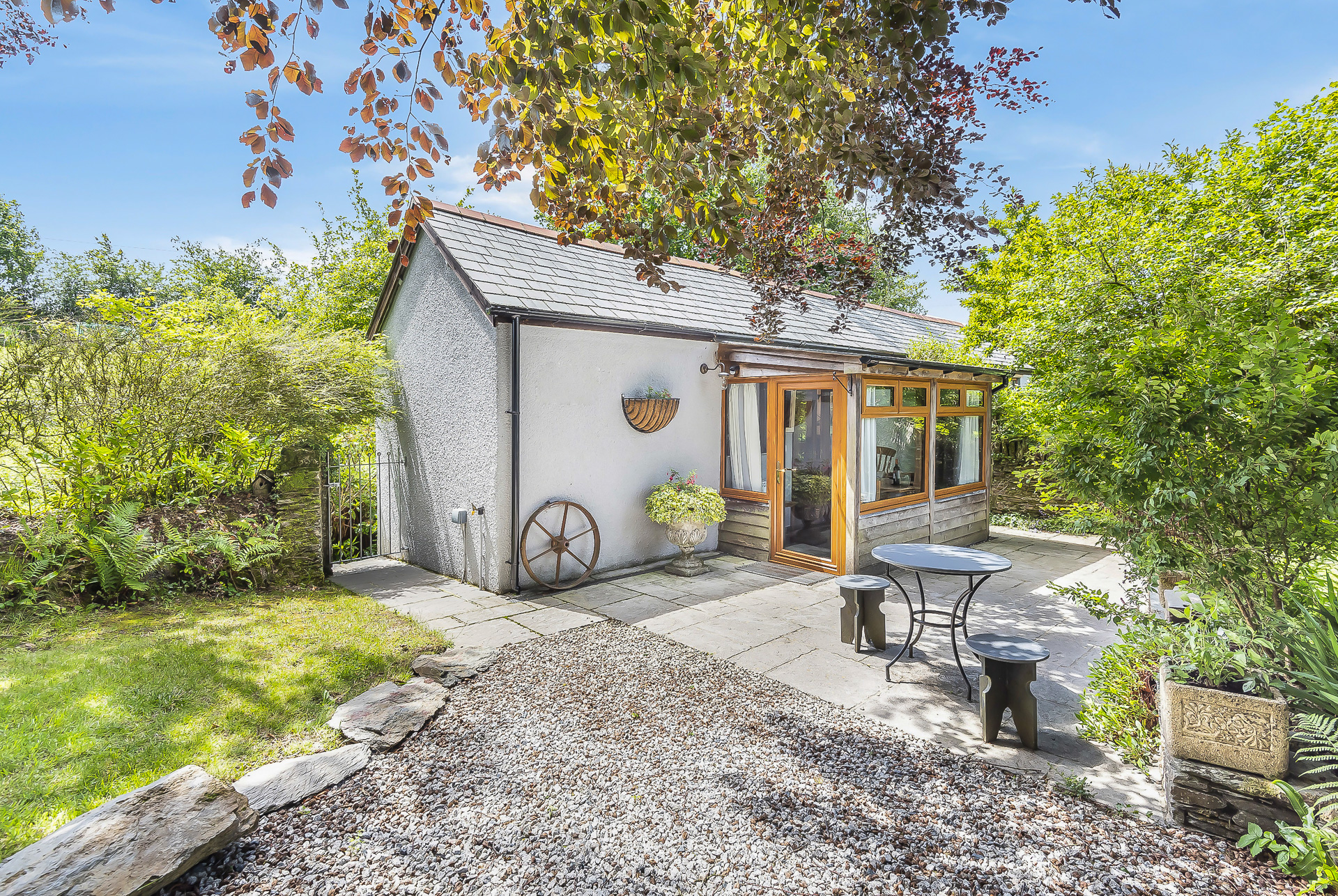 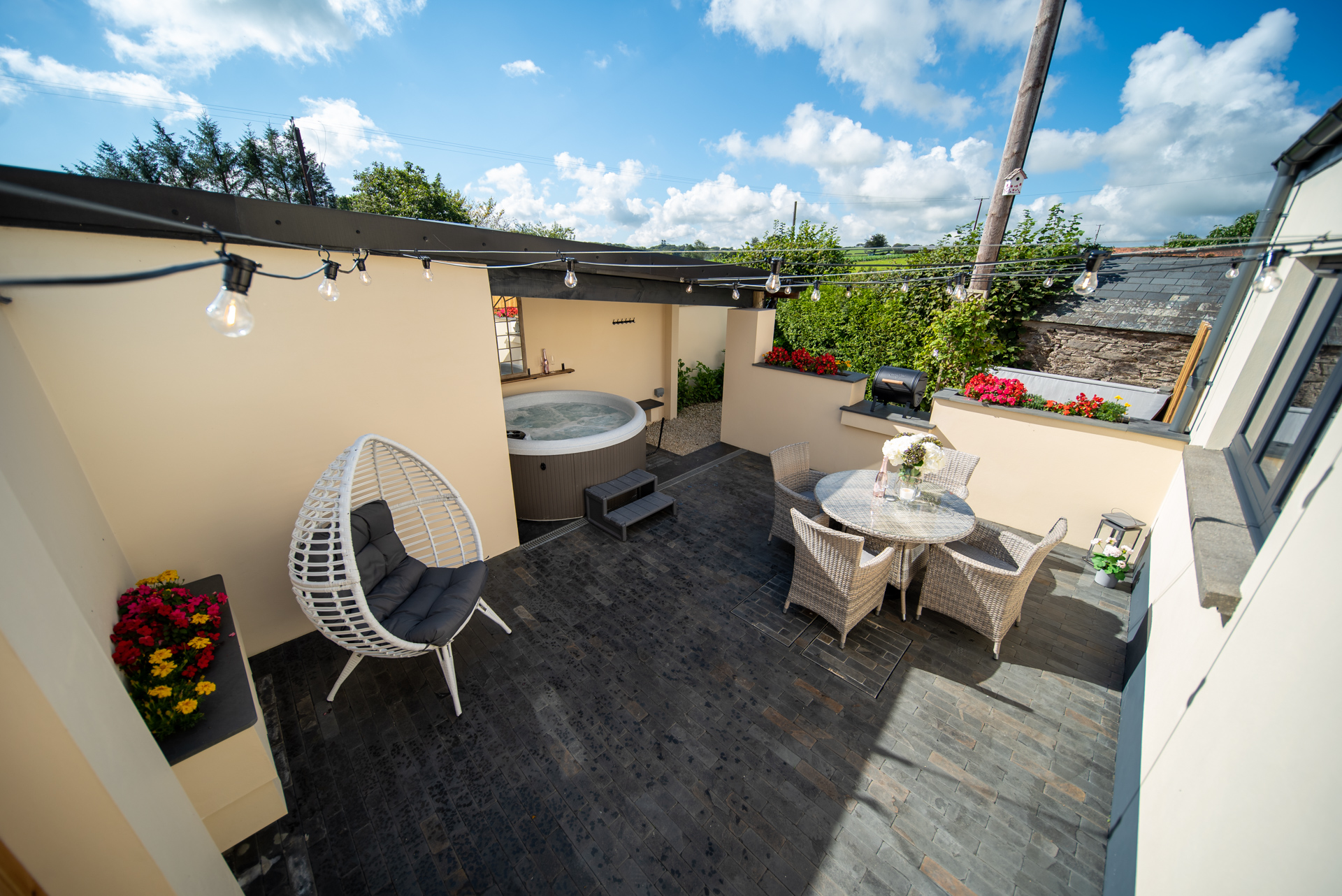 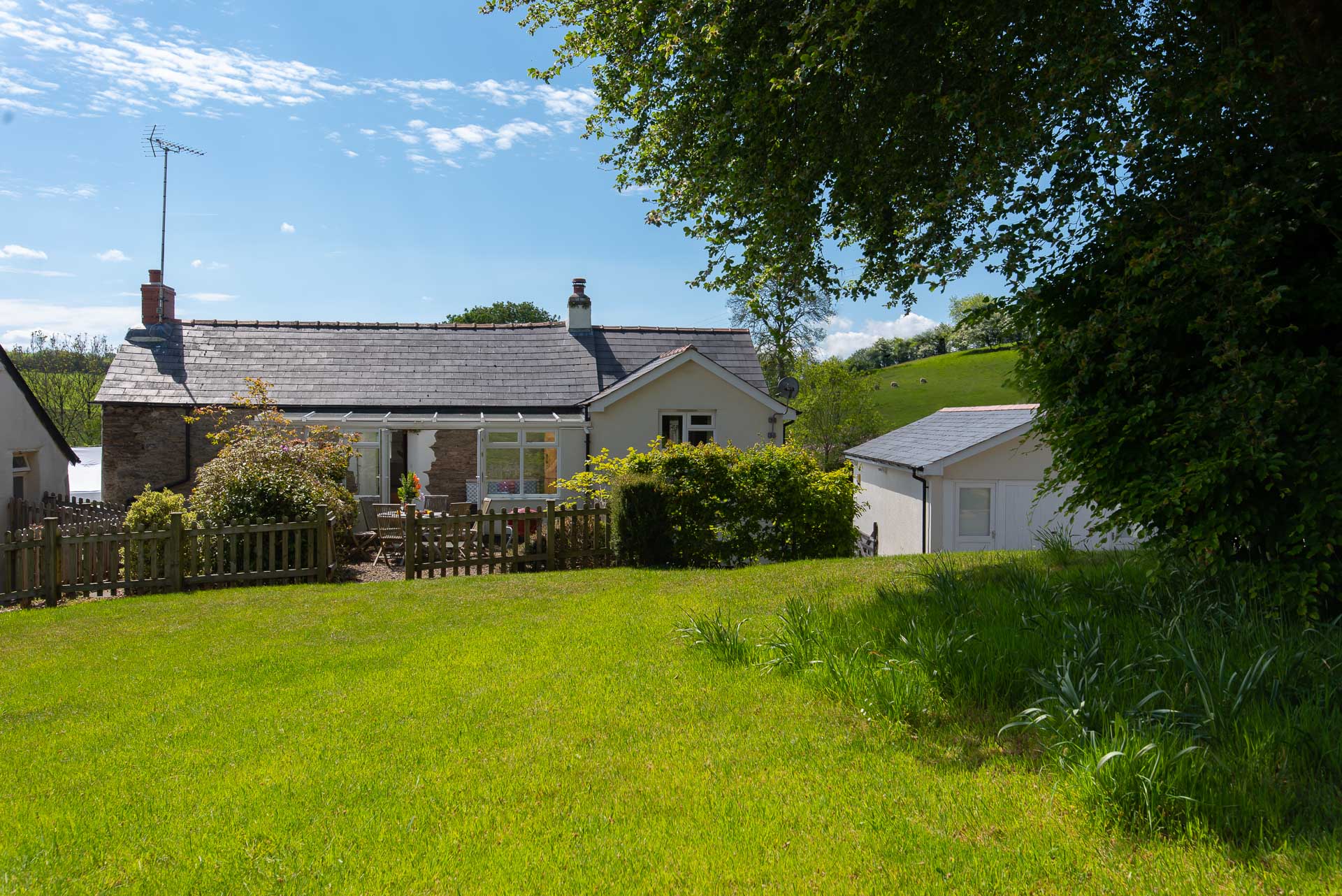 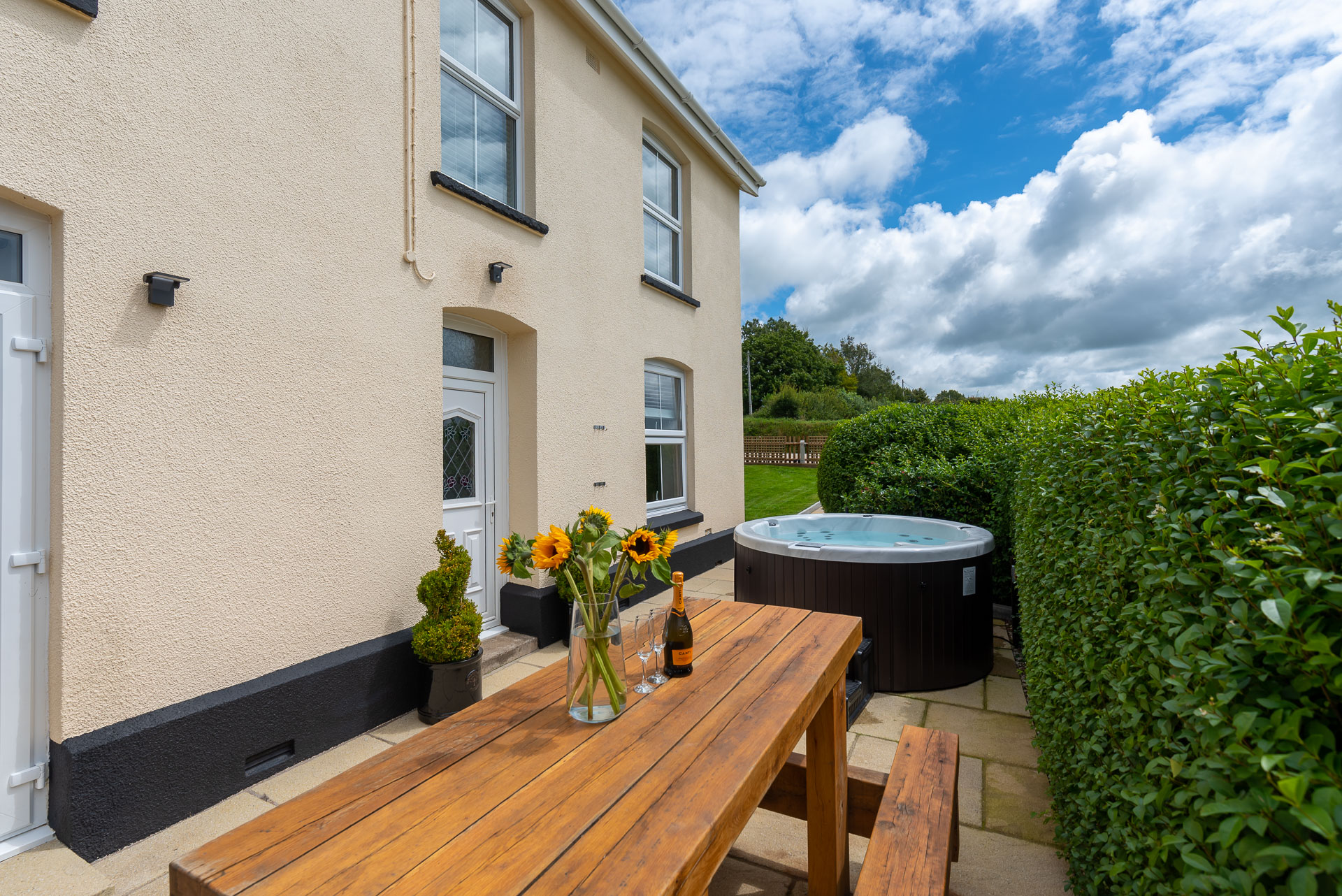